During this meeting, Gate2Brain was able to convey its enthusiasm, which inspired the creation of a technology that enhances drug delivery to the brain, being the field of pediatric brain tumors the first indication that will benefit from this technology.

The visit also included a tour to the recently opened SJD Pediatric Center, led by Dr. Jaume Mora, its Scientific Director. A pediatric center “by all and for all” (patients, researchers, doctors, health personnel and companies such as Gate2Brain) all working to bring better treatments to children around the world.

This encounter was an excellent treat to celebrate Gate2Brain’s second anniversary. An initiative to bring medicines beyond barriers, starting from the pediatric population. 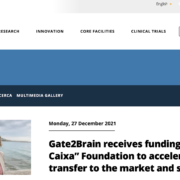 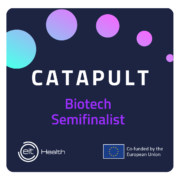 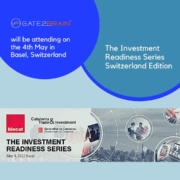 Gate2Brain will be attending The Investment Readiness Series 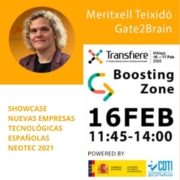 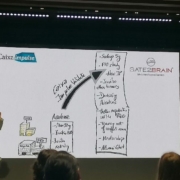 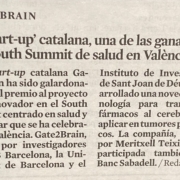 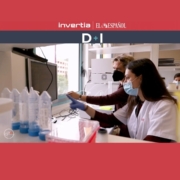 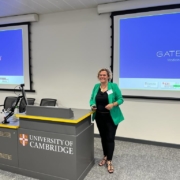 Gate2Brain at MIT Pitch Day at University of Cambridge

Gate2Brain wants to deliver drugs to the brain to combat intact barrier brain...

EADA Master students at Gate2Brain
Scroll to top
Manage Cookie Consent
This Website uses proprietary and third-party cookies to improve services and facilitate browsing. You can obtain further information about the cookies this site uses and how to limit them in the
Manage options Manage services Manage vendors Read more about these purposes
View preferences
{title} {title} {title}