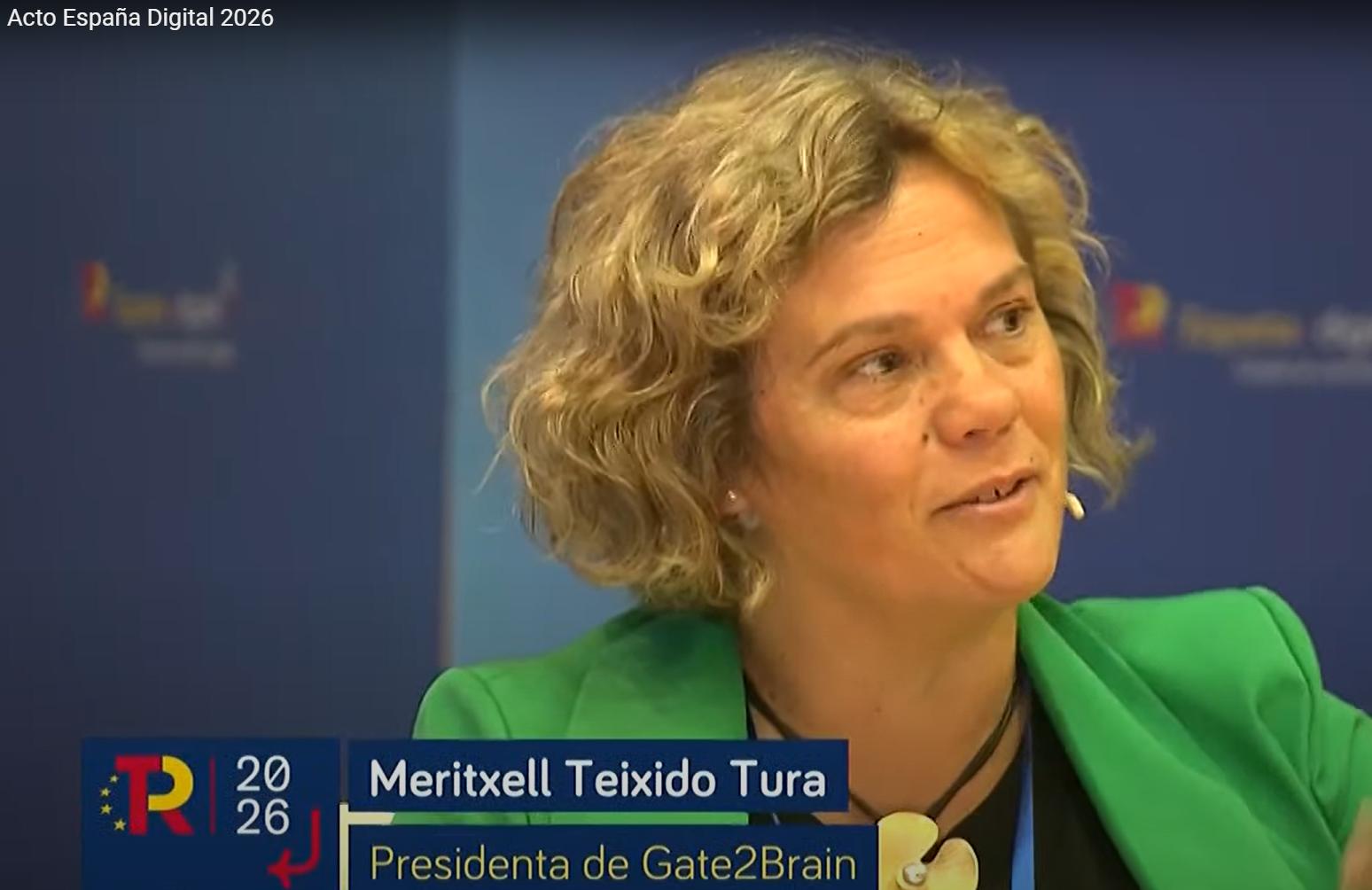 Gate2Brain last Friday at the conference “DIGITALIZING AND REINDUSTRIALIZING SPAIN WITH THE RECOVERY PLAN”.

The purpose of this conference, focused on the digital axis of the Recovery Plan, was to give visibility to some of the digitization projects that have already received funding from the Plan in different areas and that are already contributing to this transformation, as well as to present the evolution of the Digital Spain agenda.

To this end, in addition to the institutional participation, several round tables were held in which the ministries, with the participation of the private sector, highlighted projects in their areas of competence. In the roundtable “Committing to R+D”, our CEO, Meritxell Teixidó, could explain Gate2Brain’s technology that improves the transport of drugs to the brain, Gate2Brain’s first indication being its application to pediatric brain tumors.

The President of the Government closed the event ‘Digital Spain 2026’.

Participants  at the event:

Paidhos Gate2Brain wants to deliver drugs to the brain to combat intact barrier brain...
Scroll to top
Manage Cookie Consent
This Website uses proprietary and third-party cookies to improve services and facilitate browsing. You can obtain further information about the cookies this site uses and how to limit them in the
Manage options Manage services Manage vendors Read more about these purposes
View preferences
{title} {title} {title}